A poster about Tropy, developed by Stephen Robertson and Abby Mullen, drawing on Johannes Krtek’s design work, was presented January 7, in a poster session at the American Historical Association Conference in Denver. As part of our efforts to raise awareness of the project among historians, the poster highlighted where Tropy fits in the research practices and workflow of scholars gathering material in archives. 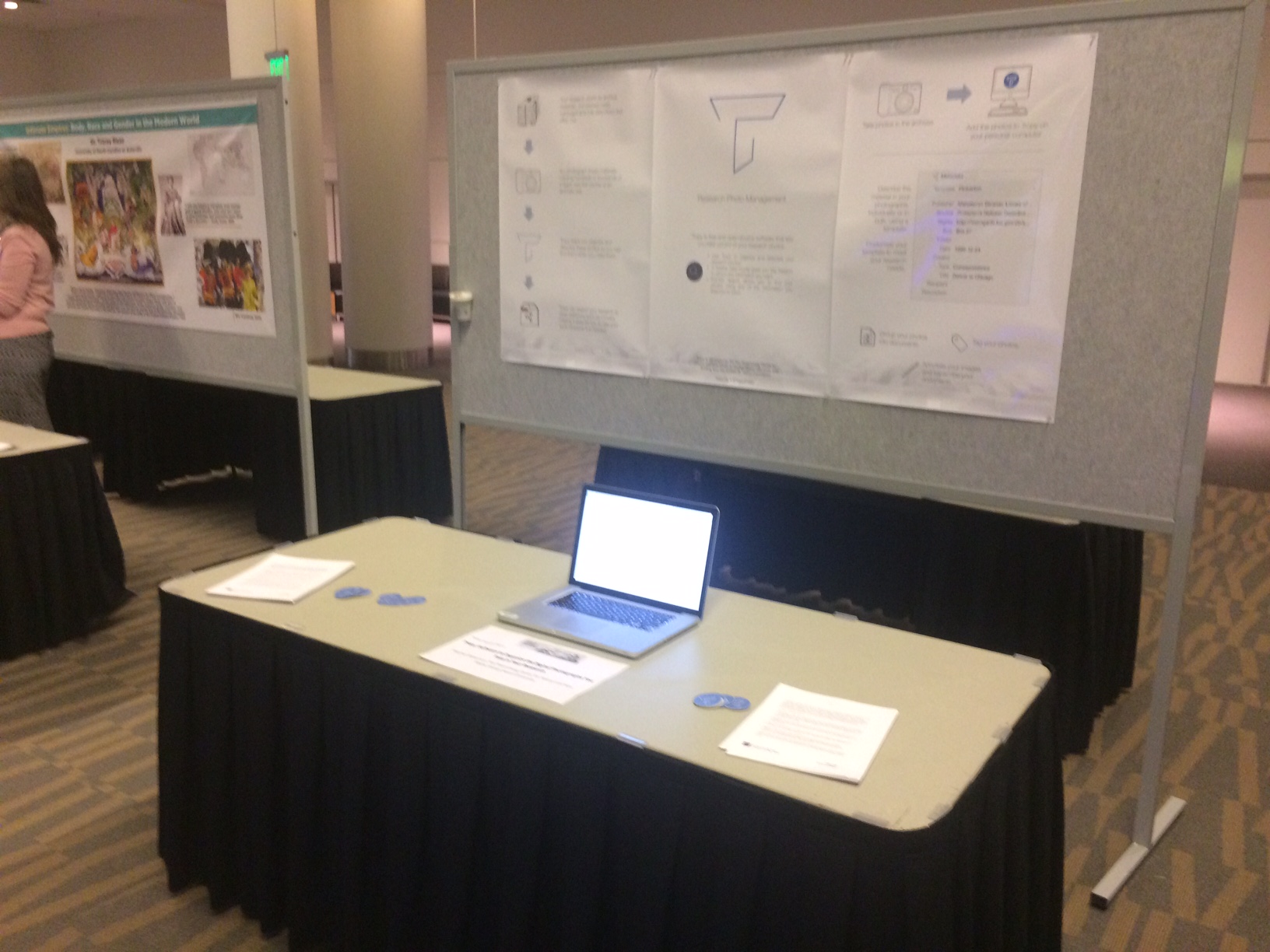 Visitors to the poster included numerous scholars with large collections of photos taken in the course of their research that they currently have in folders on their hard drives. They were excited about Tropy as an alternative that would let them organize and find that research, and about the possibility of working with metadata templates developed by archives. A number of librarians also visited the poster, looking for tools to recommend to researchers. What excited them were the opportunities that Tropy offers to engage researchers in discussions about metadata and the possibilities for analyzing and sharing their research opened up by describing research materials.

The next conference where you can find Tropy is the annual meeting of the Organization of American Historians, in New Orleans. On April 6, we’ll be one of the digital demonstrations, offering the chance for hands-on experience with Tropy.